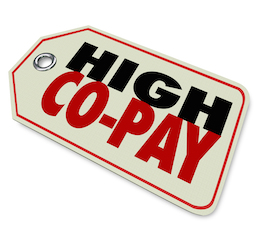 The statistic was a key finding in the recently released Benefitfocus State of Employee Benefits 2016, a  snapshot of real, but anonymous, benefit selection data from more than 700,000 people at 500 large employers. Benefitfocus, a leading provider of cloud-based benefits management software, released the inaugural report in mid-February.

The in-depth study, which used actual behavioral data rather than self-reported data analyzed in typical surveys, found specifically that 52{5c38ef1920fe0b75fcbce5419ccb0e1437b915a19ffaf99e39fdf8e702bdb494} of large employers on the BenefitfocusPlatform now offer HDHPs.

As employers attempt to cut back on health care spending, studies like this confirm that an increasing number are offering HDHPs among their benefit options, often paired with HSAs to pay medical bills that both employers and employees can contribute to. Employers offering HDHPs grew almost 300{5c38ef1920fe0b75fcbce5419ccb0e1437b915a19ffaf99e39fdf8e702bdb494} since 2009 when HRI began tracking employer health plan design through the PwC Health and Well-being Touchstone surveys of major U.S. companies, according to Pws Medical Cost Trend: Behind the Numbers 2016. In 2015, 24{5c38ef1920fe0b75fcbce5419ccb0e1437b915a19ffaf99e39fdf8e702bdb494} of all workers were enrolled in a HDHP with a savings option  a significant rise since 2009, when just 8{5c38ef1920fe0b75fcbce5419ccb0e1437b915a19ffaf99e39fdf8e702bdb494} were covered under such plans.

The trend appears justified by results of a widely publicized 2015 study by the National Bureau of Economic Research (NBER), which indicated that employers who offered HDHPs did indeed reduce health care costs over three years, compared to those that did not.

One of the most significant findings in the Benefitfocus State of Employee Benefits 2016 was that Millennials  born between 1980 and 1989 selected HDHPs more than any other age group. However, while approximately 44{5c38ef1920fe0b75fcbce5419ccb0e1437b915a19ffaf99e39fdf8e702bdb494} of employees in this group chose HDHPs, a much smaller number of these employees took full advantage of HSAs, leaving a significant amount of tax-free money on the table that could offset high deductibles.

In addition, the report found that large employers on the Benefitfocus Platform should be well positioned to navigate the Cadillac tax to be levied on higher-cost health care plans in 2020 under the Affordable Care Act. Total premiums across all 2016 plans averaged $14,974 for family coverage and $6,096 for individual coverage  both well below the taxs respective target thresholds of $27,500 and $10,200.

Potentially crucial voluntary benefits are also lacking among large employers. Critical illness, hospital indemnity and accident insurance are common products that can give employees  particularly HDHP participants  added financial protection when they encounter unexpected medical expenses. However, only 36{5c38ef1920fe0b75fcbce5419ccb0e1437b915a19ffaf99e39fdf8e702bdb494} of large employers offered such voluntary benefits for 2016, and only 14{5c38ef1920fe0b75fcbce5419ccb0e1437b915a19ffaf99e39fdf8e702bdb494} of employees actually enrolled.

This report marks a new era in employee benefits, said Shawn Jenkins, Benefitfocus CEO. With sophisticated enterprise benefits management systems we can now draw meaningful insights from actual employee behavior. This is a quantum leap forward for CHROs, CFOs, administrators and all of us working to turn benefits into a strategic asset. This report provides a road map for policymakers looking to expand health care coverage while controlling costs.

Large employers, insurance carriers and brokers are gathering in Orlando, Fla., March 8-10, for the annual Benefitfocus user conference, One Place, where they will discuss the report findings and implications for the future of benefits strategy.

Study Methodology: The Benefitfocus State of Employee Benefits 2016 report analyzed anonymized benefit selection data from Benefitfocus data warehouse. This report includes data from over 700,000 records across the Fall 2015 open enrollment period from 500 large employers, all with 1,000 or more employees.

About Benefitfocus: Benefitfocus (NASDAQ: BNFT) provides a leading cloud-based benefits management platform that simplifies how organizations and individuals shop for, enroll in, manage and exchange benefits. Every day leading employers, insurance companies and millions of consumers rely on the platform to manage, scale and exchange benefits data seamlessly. Learn more at www.benefitfocus.com, LinkedIn and Twitter.

back to Blog Listing